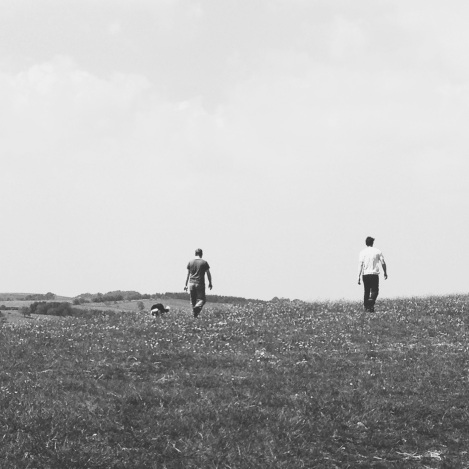 Some things never change. No matter how the winds of politics and culture and technology shift, there are a few characteristics of certain organisms that will forever be engrained as habit or instinct. The fact that sheep 1) do not stay where they are supposed to, and 2) do not like to be shorn are two of those facts.

Thursday’s work here at Willowford Farm began with a trek to the neighboring farm. Apparently, cattle eat grass by wrapping it around their tongue and pulling, and can digest and process out certain bacteria; sheep on the other hand graze with their teeth and clip the grass quite short, and are susceptible to bacteria if it is rampant. Because of this, Willowford partners with their neighborly cattle farmers to rotate and co-habitate the livestock in order to optimize both field conditions and health of the animals. It’s a great organic way to combat bacteria and grass/weed control as well.

Once we arrived, we headed up to the upper field to herd the 30 yearlings down to a small corral in order to sheer them. However, upon not finding the sheep where they ought to have been, we continued to the neighboring field (over a stone fence) in which we found all thirty, sanguinely lounging in an overgrown field that was supposed to have been laying fallow. 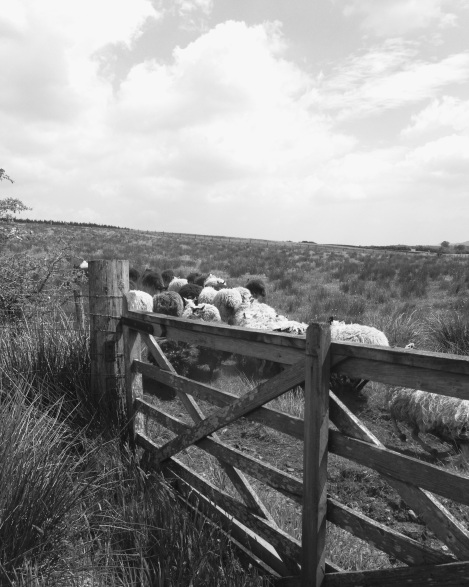 We rounded them up with the help of Millie, the faithful border collie, and began the walk back through the forbidden field, back over the stone fence, through several gates, back through the field they were supposed to be in, and into a small makeshift two-sectioned area for holding and shearing. 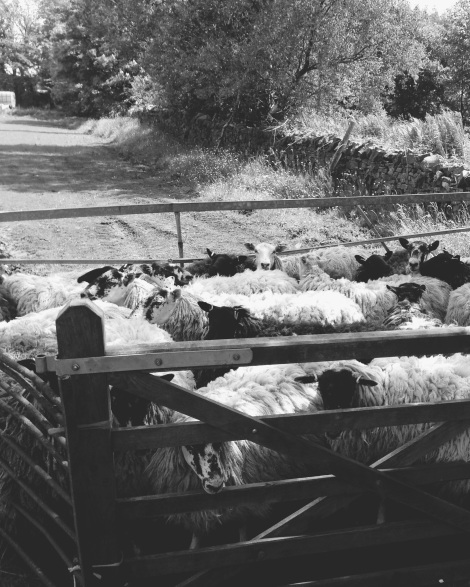 Millie was quite the help and did most of the work in getting the sheep where we wanted them to go. She is a bit older, and it sometimes shows in stiff joints or her languishing naps, but once we were in the field, she came alive. It was brilliant to watch her work! 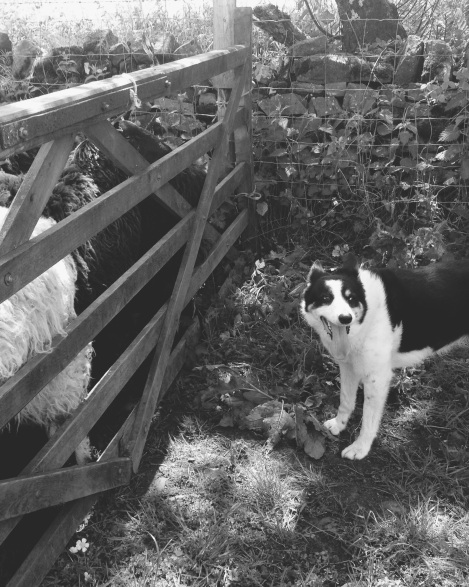 Once we were all set up, Tyler would wrestle one from the pen and bring it out to Liam. I referenced this briefly above, but remember these are yearlings; this is the first time that any of these sheep have been shorn, so they fought tooth and hoof almost each step of the way. Though they look like and fluffy and cuddly from afar off, you can see just how big they are in the picture below; their weight ranged between 100-120 pounds of muscle each. 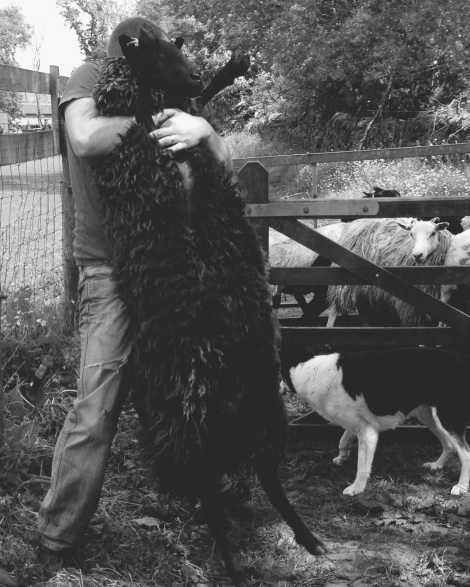 It took a bit of wrestling and wrangling here and there…

After Liam had done several ornery ones, Tyler had a go at it. The clippers were basically specifically shaped hair clippers, hooked up to a car battery. They would start with the tummy, then up the underside of the neck and around the shoulder, then reposition and get some long strokes in from the back leg all the way up the side of the neck. 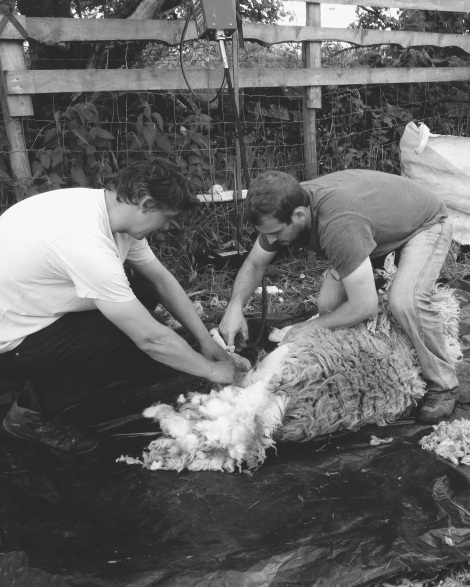 Liam said that professionals can shear about one sheep per minute, which is insane. Liam’s time ran around 3-4 minutes, and I think Tyler was around 6-8. Not bad for his first time!

The final product! Well, the first subject anyway. She emerged with a bit of a goatee down to her tummy, but again, it was pretty good for Tyler’s first appointment as a hair dresser. He did about 3 more, which gave Liam a good break now and then in the 7-hour process. 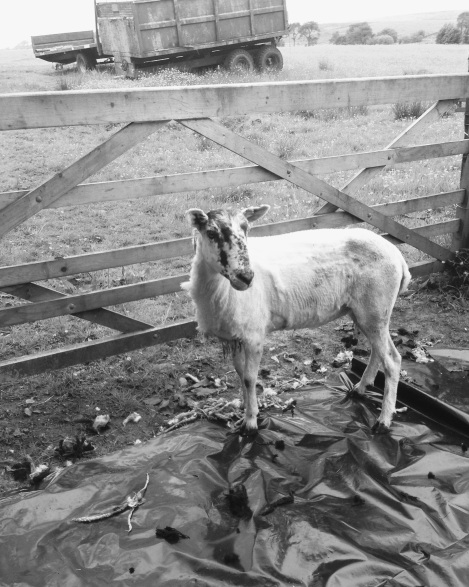 After each sheep was shorn, I would pull off any large chunks of dirt or otherwise, and fold and wrap the fleece into a sleeping-bag sized roll. The wool was beautiful, and had a gorgeous sheen; the photos don’t capture the almost iridescent gloss that both colors had.

Then I spun it all up real quick, and knitted a shawl. 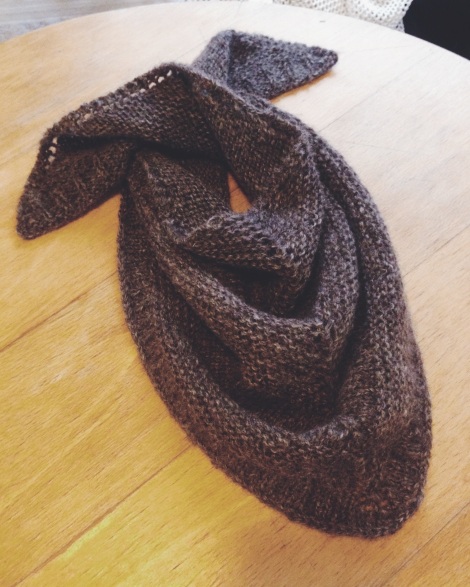 From here, it gets sent to be washed and carded, and shipped off for processing. The above scarf is in fact from their wool, but not the ones we sheared this week. I’ll try to write up the pattern and get is posted here sometime soon!

One response to “Have You Any Wool?”