Dinner for 12 happened last night. Though my calves and knees are a bit worse for the wear this morning, it was a beautifully enjoyable experience to cook a special meal, and the first large dinner party in our new home. I recently watched Babette’s Feast (which deserves a whole post devoted to itself), and am so inspired, and get so much joy out of being artful in the kitchen. 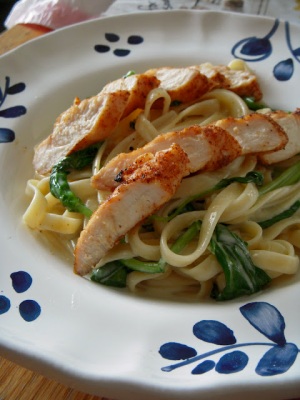 – Cajun Chicken Alfredo with Spinach– Grilled Red Bell Peppers and Asparagus (sorry, no picture; they were a beautifully deep green and red) 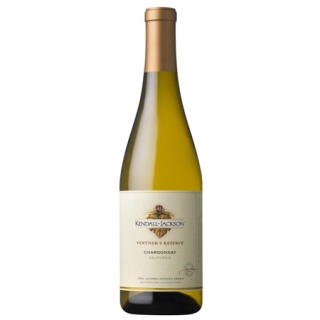 Dessert
– Chocolate Truffle Cake
(I made them in individual muffin tins, but first threw some roasted almond slivers in the bottom. Serve them upside down–almond side up–with a blueberry sauce and white chocolate ganache drizzle.)

Coffee (of course)
– ie, Black Gold/Nectar of the gods/ambrosia/universe juice

Like most good things in life, there is a story behind this discovery. Almost exactly two years ago, my husband (boyfriend at the time) and I had traveled into DC to hear the National Symphony Orchestra play for the free Labor Day Concert on the south lawn of the capitol. How romantic is that! We were so excited, and couldn’t wait to get there… But the closer we got, the more confused we were at how FEW people were around. We thought there would be a decent crowd, but figured that maybe people just weren’t as cultured as we took them to be. We followed the signs out of the metro that said “Concert: THIS WAY” and arrived at the lawn about an hour before it was scheduled to begin. But again, became a little disconcerted (heh heh. dis-“concert”ed. heh heh.) at the lack of people, and now the lack of a stage and/or any sort of sound equipment. My husband approached a security guard who was diligently standing his ground on his police Segue, and asked where the Labor Day Concert would be held. He kindly (and somewhat pathetically, as if he tells a lot of people) informed us that the Labor Day Concert wasn’t actually held on Labor Day, but had actually occurred on the previous evening (which by the way, we still think is ridiculous; DON’T SAY IT’S A LABOR DAY CONCERT IF IT’S NOT ON LABOR DAY).

So. Being the aspiring “patron’s of the high arts” as we would like to become, we were quite disappointed. And, we were bummed we spent all the gas and metro money for naught too. So we sat at the reflecting pool and watched the sun go down then picked ourselves off of the lawn scattered with garbage from the night before, and started the trek home. Once back on highway 7, I realized that Trader Joe’s would still be open because alas, the night was still young. Since the closest TJ’s is about 45 minutes away, we decided it would be one good thing that happened that night if we were at least able to get some of TJ’s ginger snaps. And we were out of coffee at home. We walked in about 15 minute before closing, and I made a beeline for the coffee samples. Unfortunately, they only had decaf left; I was grasping at straws at this point and poured a little dixie cup for myself anyway.  My husband joined me, and made some sort of exclamation about how decaf coffee should be illegal or something to that affect. This made a man behind the counter laugh; he then introduced himself in a thick African accent.

My husband took this opportunity to do what he does in most coffeeshops and restaurants. He asked the man, “If you were to die tonight and could only drink one more cup of coffee, which of these would it be?” pointing to the TJ coffee selections. His reply? “None of them.” We were a bit taken aback (since he appeared to be an employee of TJ’s, and we thought he might be in favor of selling things, rather than advising against them). But he continued…. “I’m from the Ivory Coast, and my father has a coffee plantation. I would drink a cup from back home.” This made more sense. Apparently, his father owned a large coffee plantation; he had recently moved to Virginia from Paris, where he had worked for 14 years as his father’s marketing distributor. He said he was tired of it, so that’s why he moved to the States and was now in Virginia working. We smiled, and commented that if we had a coffee plantation, we definitely wouldn’t drink store bought stuff either. He did finally say: “however, if I had to drink any of these…I would drink the Bolivian.”

We said thank you, and that we would try it. Figured his reference was probably a pretty good one…. and we were not disappointed. To this day, we have attempted to branch out and try others, but still can’t get enough of the beautifully smooth and rich and almost caramel-y flavor and aroma of this beautiful bean.

It is wonderful to drink black; not so good as an espresso grind (it’s a little too light for that), and fantastic brewed in our Chemex coffee pot. It is of course best freshly ground, but if you need to grind it in advance, store it in the freezer to lock in the flavor. What’s your favorite blend? I’m curious to hear of other fail-safe blends, and see if there is anything else that could possibly top this….